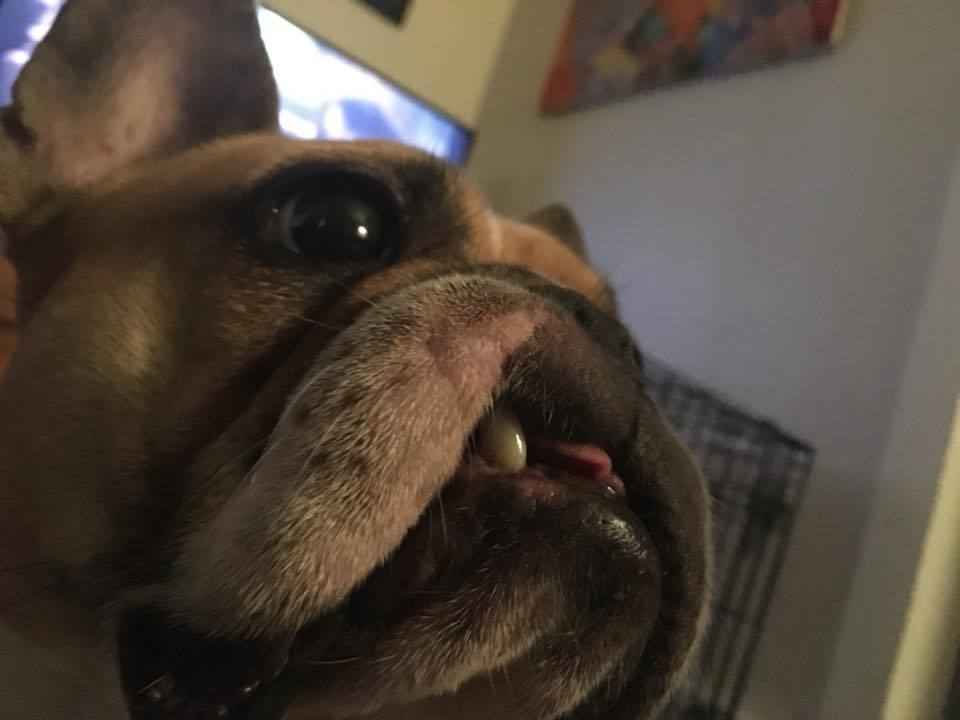 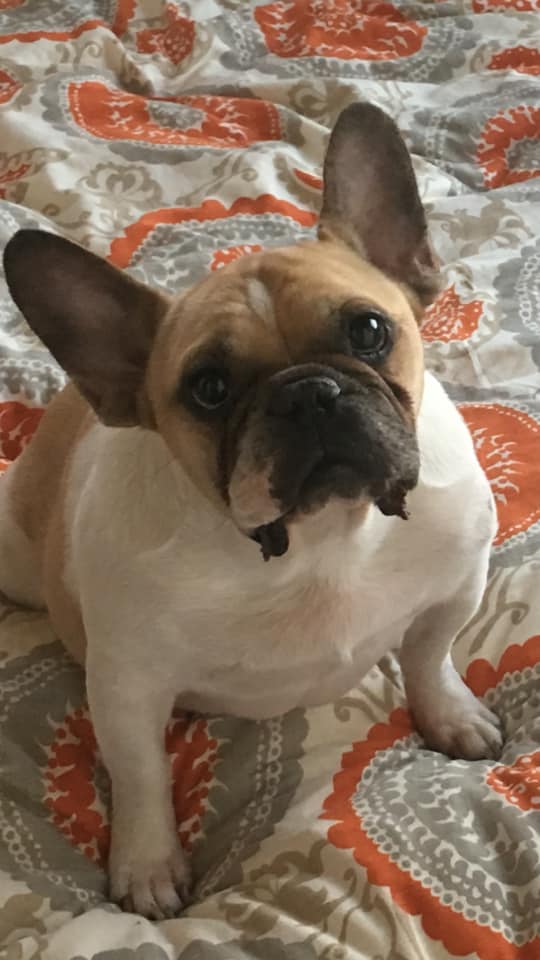 As most of you know, Captain had a very large chemodectoma - a benign tumor in his left ventricle. While these tumors are considered rare in most dogs, they are not unusual in flat faced breeds. Current thought is these are caused by a lack of oxygen over a lifetime which causes a part of the heart to die and then tumor cells to grow over it. 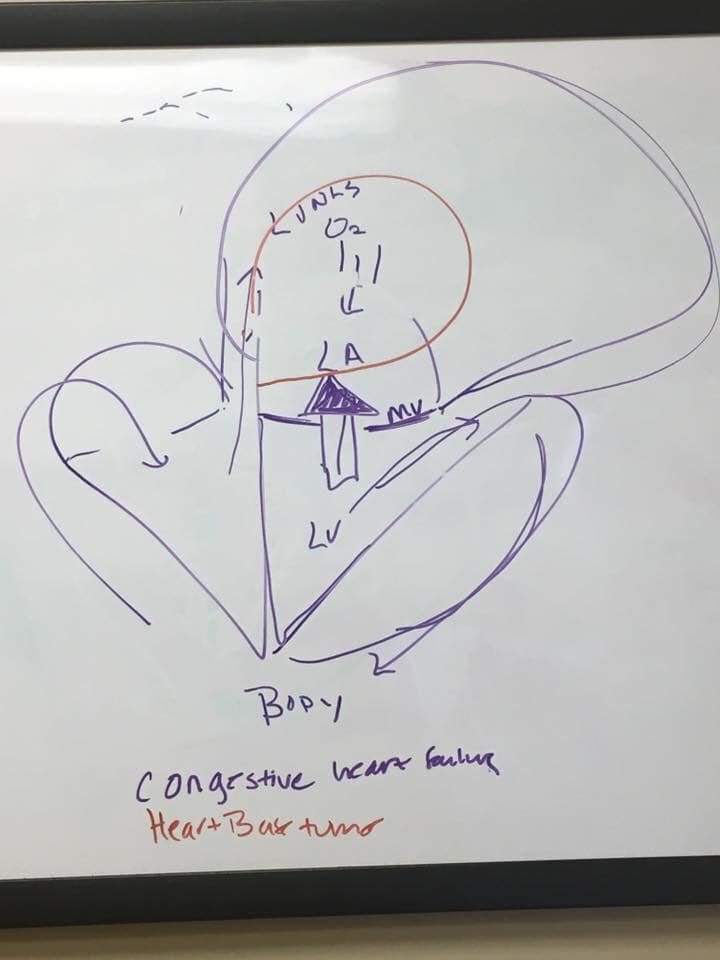 Captain’s tumor was holding his ventricle open causing constant regurg into his lungs. 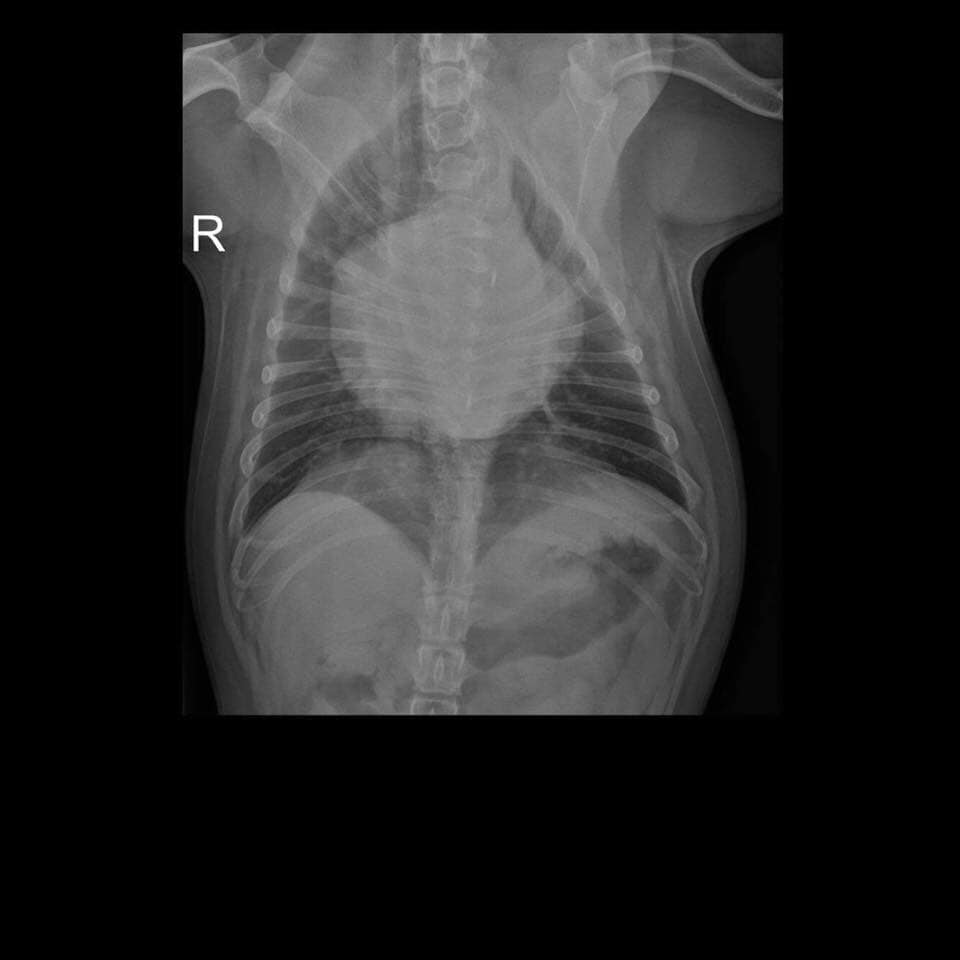 Today, May 21, 2019, the cardiologist will be removing his heart and sending it to CSU to be used in research to help future French Bulldogs with treatment and trying to find a more consistent cause for these tumors.

Even in death, my boy is giving to others. 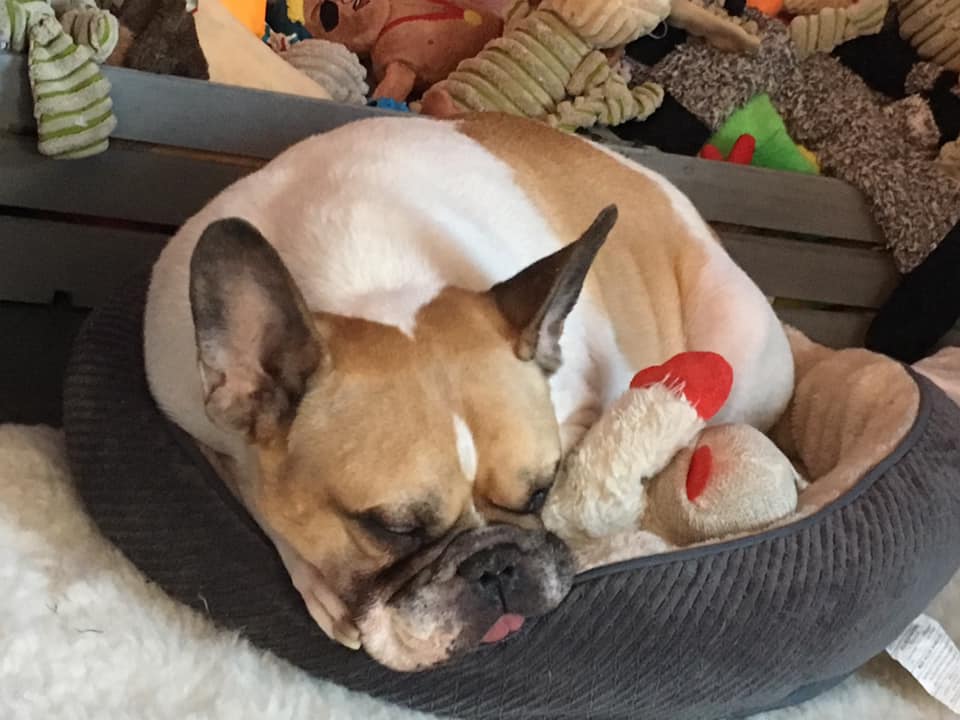 Captain was a back yard breeder surrender. He spent the first four and a half years of his life in a kennel in a yard in Greely. He had stopped producing. After trying to sell Captain on Craigslist, no one wanted him because he peed everywhere, was intact, and wouldn’t produce puppies again, the breeder reluctantly surrendered him to Rocky Mountain French Bulldog Rescue on April 23, 2015. His surrender to us was heartbreaking. His breeder barely stopped the car. She thrust him at us, cursing that he had “f’ing puked in the car”, signed the paperwork, and sped off. Captain watched his owner leave and then stood in that parking lot and looked up at me. I will never forget that moment, that first time his large soulful eyes looked into mine. I knew he would be the ambassador for RMFBR. 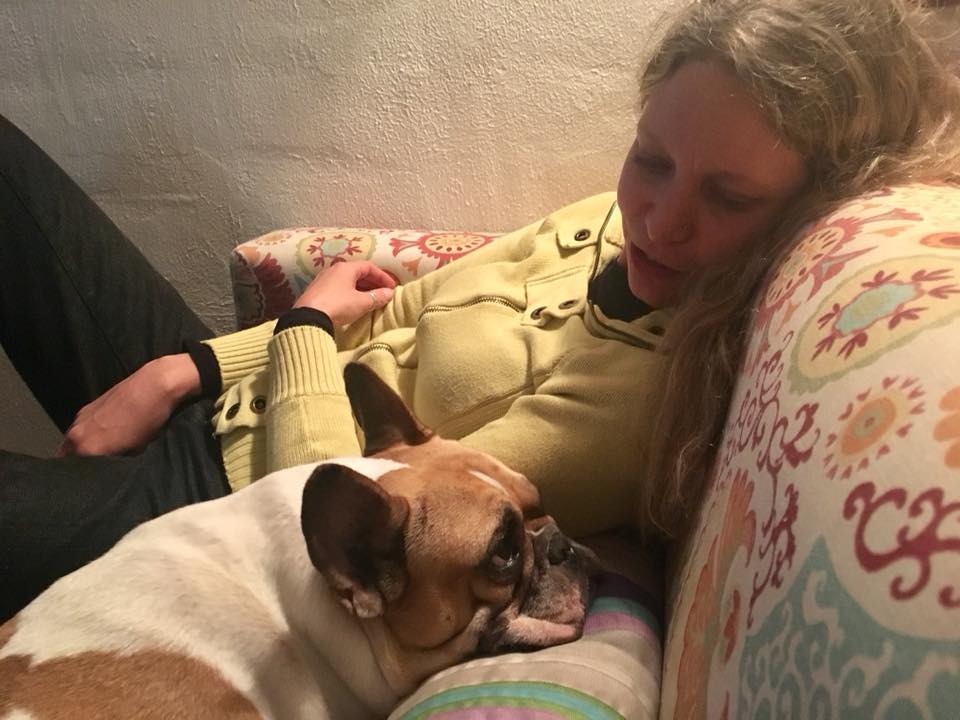 Captain wiggled his way into my heart, as the very best heart dogs do. If you just look at him, you know what I mean.

Captain spent one night with me and then went to the vet to be neutered. He ended up also needing an emergency dental as his teeth were literally rotting out of his jaw. Captain came home with only his four canine teeth and the snuggle tooth grin that made so many fall in love with him. 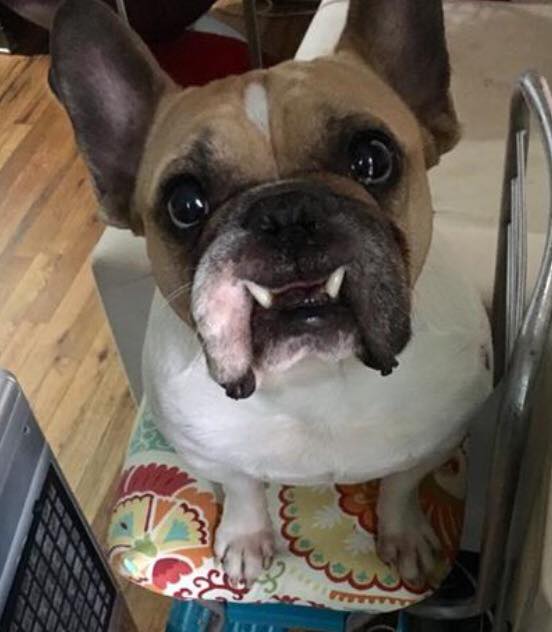 Captain accepted each and every foster I have brought home - rather for one night or for a month. He loved and cared for them all. He was the sweetest, most gentle soul. 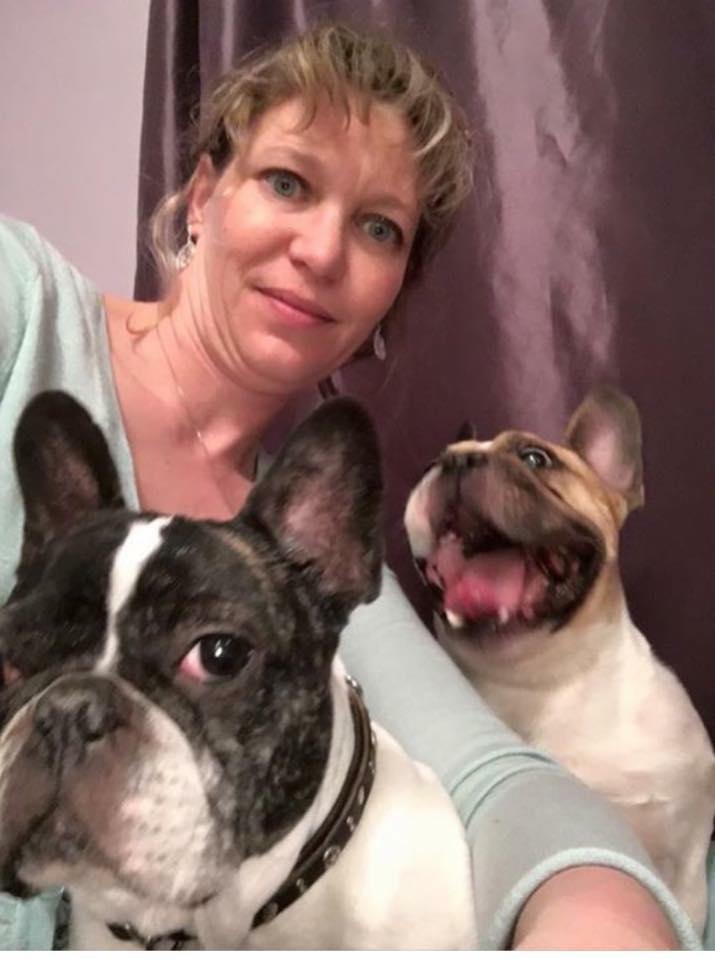 In July 2015, Captain developed a wart on his left shoulder. Having a bad feeling, I immediately had it aspirated. It was cancer. We removed it and sent it to CSU. They diagnosed it as Mast Cell Tumor Grade III metasized to liver, kidney, and possibly heart as he had developed a heart murmur. Captain was given three months to live. We went home and determined that every day would be The Best Day Ever. 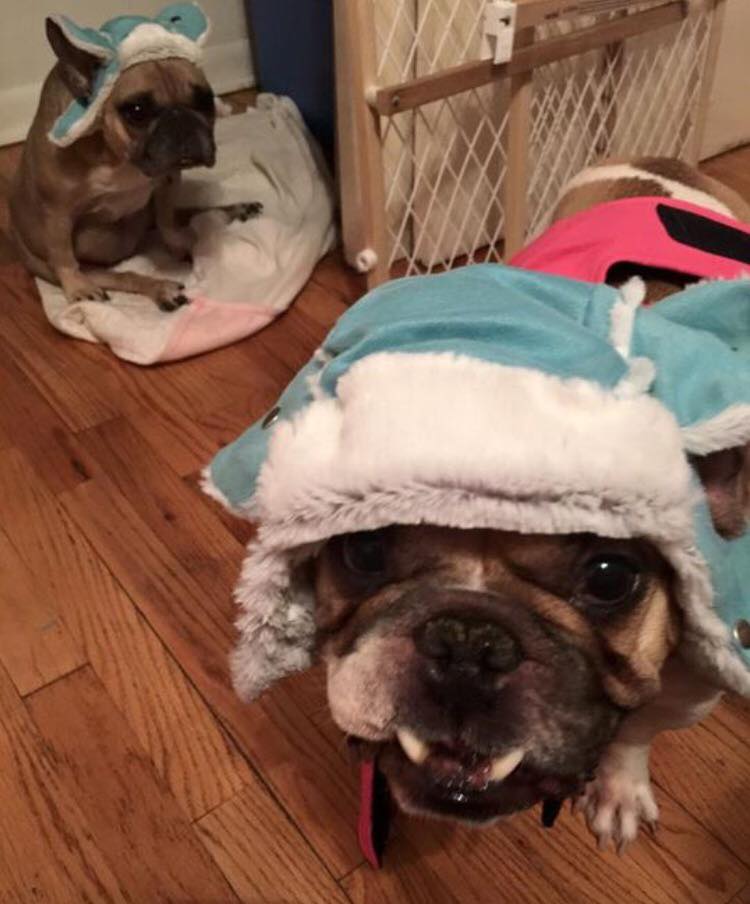 Captain laughed at the prognosis. With love, turmeric, and benedryl, the cancer was completely gone by January 2016.

Captain continued to love everyone and I had “Pet Me” patches attached to his collar. 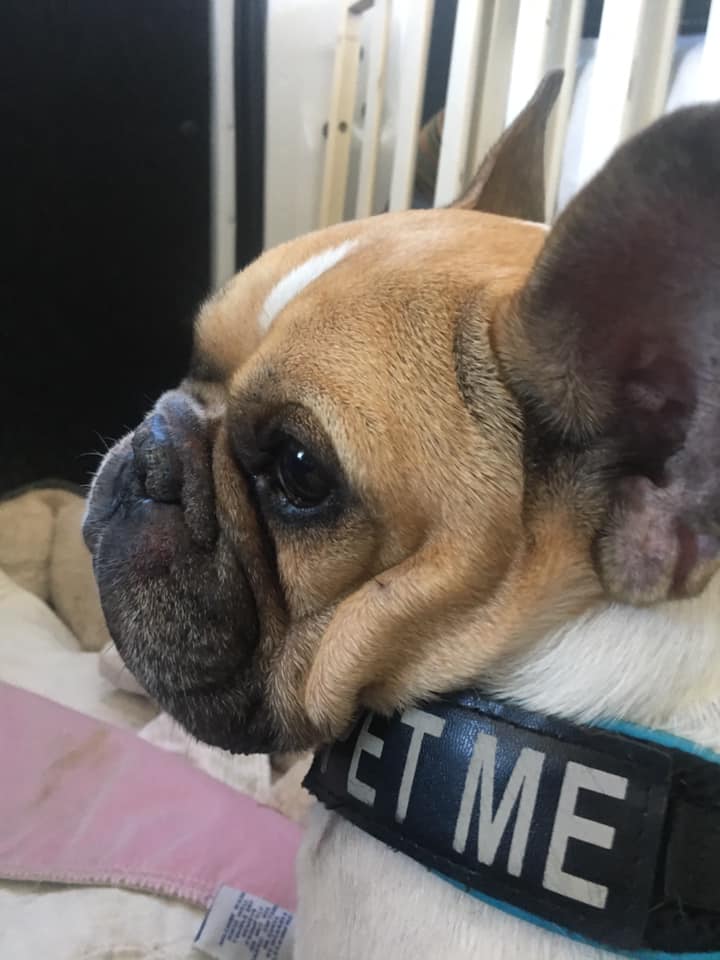 In December of 2017, I took Captain out for a normal pee. He screamed so loud we all got goosebumps. We packed up in the car and headed for the emergency vet. Sure enough, Cap was blocked.

Captain had a handful of large bladder stones and a few smaller stones in his urethea - most likely caused by his life before of grocery store “on sale” food. He still had his heart murmur, of unknown cause at that time, so he could not go under anesthesia. The only way to save his life was for him to pass the stones. The ones in his bladder were way too big to pass. But Captain never gave up and I didn’t either. We inserted a catheter, sewed it in, and went home. 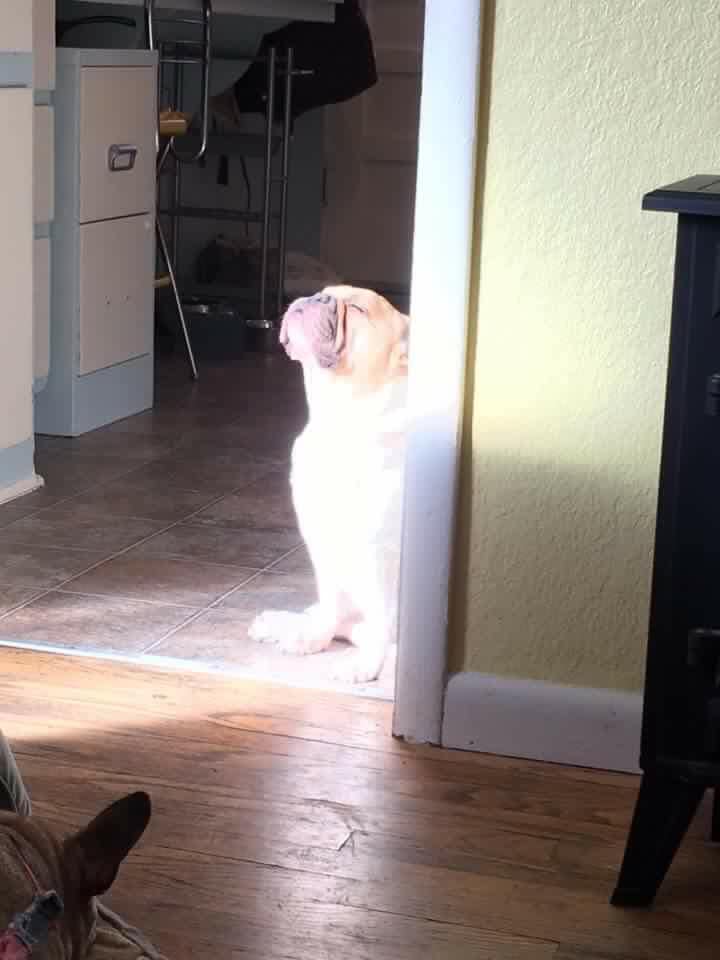 Captain was given eight days. If he didn’t pass the large stones in eight days, he would become septic and his organs would begin failing. Every two hours, I had to syringe the catheter and measure the output. I obsessively googled struvite stones and how to dissolve them. I found he needed his urine to be alkaline. His diet suddenly consisted of eggs, yogurt, cranberries, meat. I boiled chicken constantly in order to get him to drink more and more and more.

On the night of the seventh day, Captain passed the last of the stones. The next morning, we removed his catheter. Captain was healthy again and had again, laughed at his prognosis. 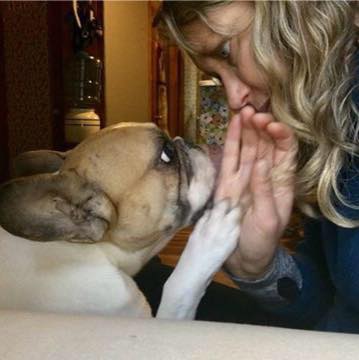 Captain was in love with me and I with him. I called him my “creeper”. But, I was a creeper, too. We went through four wifi cameras since he kept eating them! He could reach any height and loved to use his creativity to destroy any item he could! He once pulled my crock pot off the shelf, unzipped it, and peed in the pot. I bought a new one. 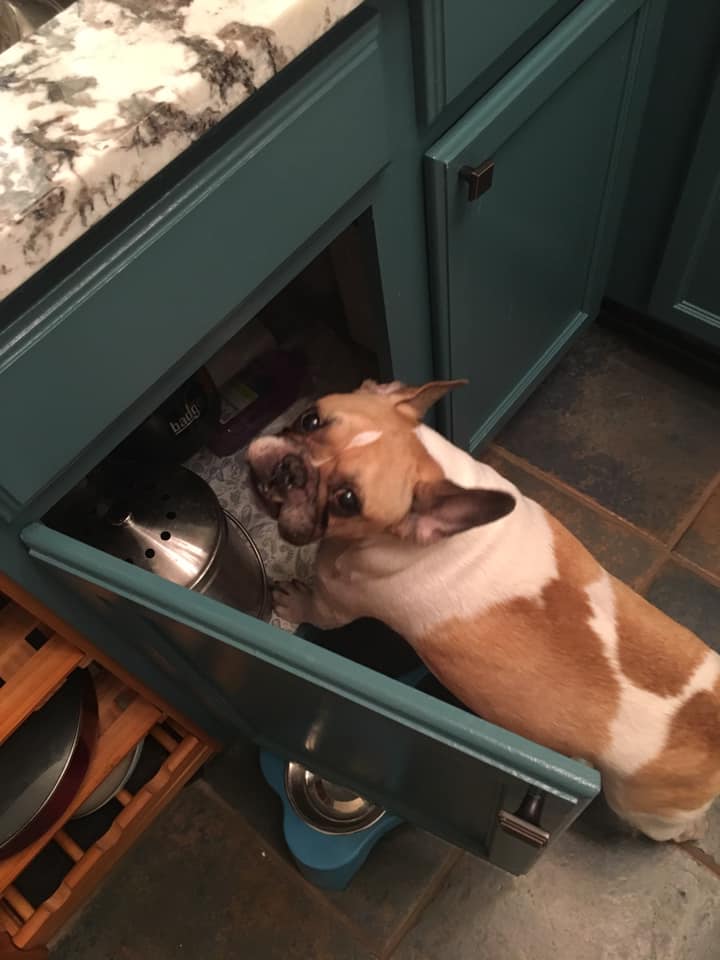 In July, 2016, a friend came to stay the night. He put his bag up on the high dresser as I had said Cap would get into it. We went out to dinner.

Captain somehow managed to pull it off the dresser and unzip it. As I watched on the nanny cam, Cap turned toward the camera and stumbled onto his face. My friend insisted there was nothing in the bag. I knew better. We threw down some cash and left our meals mostly uneaten on the table. Once home, we realized he had opened the overnight medicine bag and chewed open a xanax bottle. Another step into the house showed a package of xylitol gum with tooth marks. Once again, it was a race to ER.

Captain was in severe liver failure from the gum. His kidneys were almost shut down. His blood glucose was deathly high. I was told to prepare for the worst. Captain, of course, had other plans. I was able to take my happy, healthy boy home five days later. 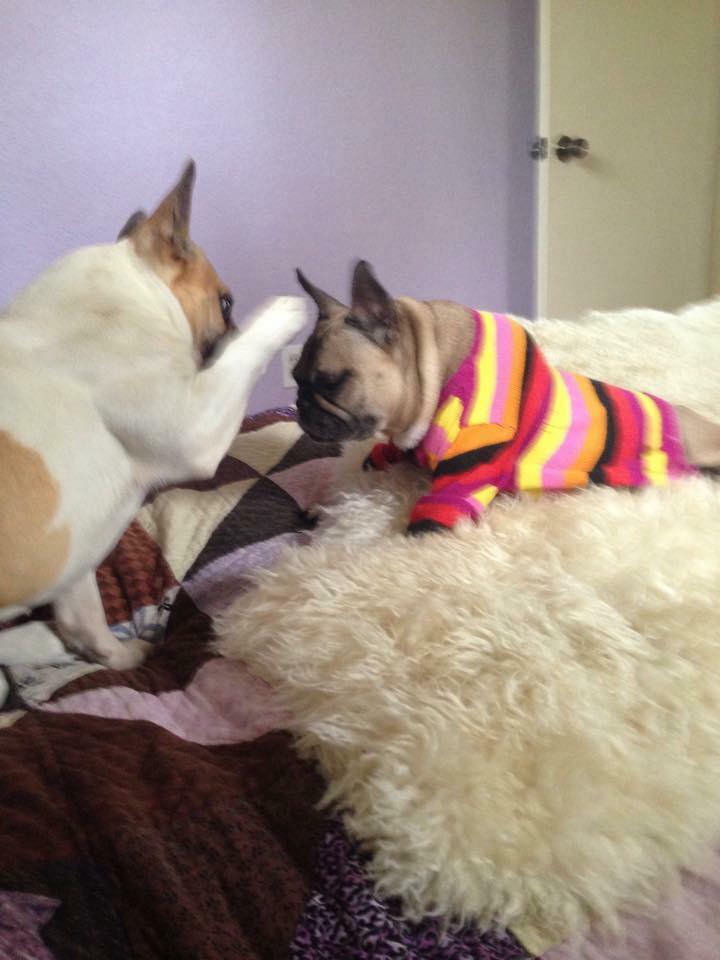 Captain’s fur sister, Dora, died at Halloween 2017. She had IVDD and a love for only Captain and me. He was distraught. He had never known our home without his spunky little sis. When he started breathing funny, I figured it was a weird reaction to grief. I took him to the vet to see how to help him. The vet said it was allergies and benedryl. A week later, he was the same. Back to the vet and given advice to get a humidifier. A week later, the vet suggested allergy testing. Captain and I knew it wasn’t allergies and we found an internist.

The internist listened to his heart murmur and immediately ordered radiographs and an echo. Upon seeing them, and without me really knowing why, we were rushed to the cardiologist. Captain was in heart failure. He was diagnosed with the chemodectoma. At that time, it was half the size of his heart. His prognosis was Christmas. 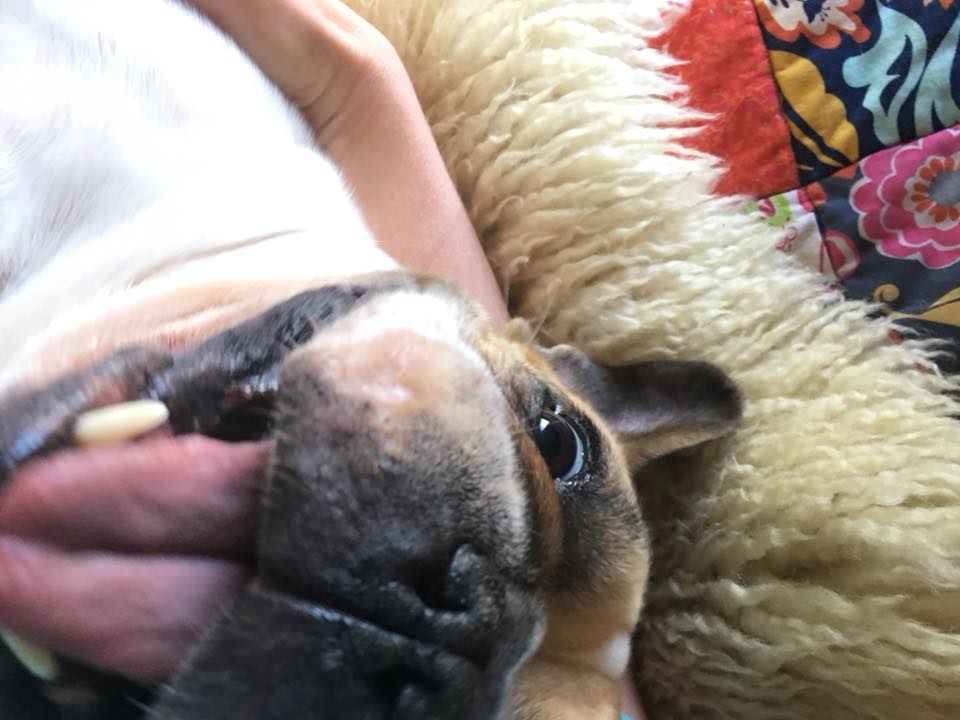 With meds and food and love, Captain was happy and healthy for 17 months BEYOND his prognosis. He visited Portland and the Pacific Ocean, New Orleans and the Atlantic Gulf Coast, Austin. Cap was the kindest soul I have ever known. 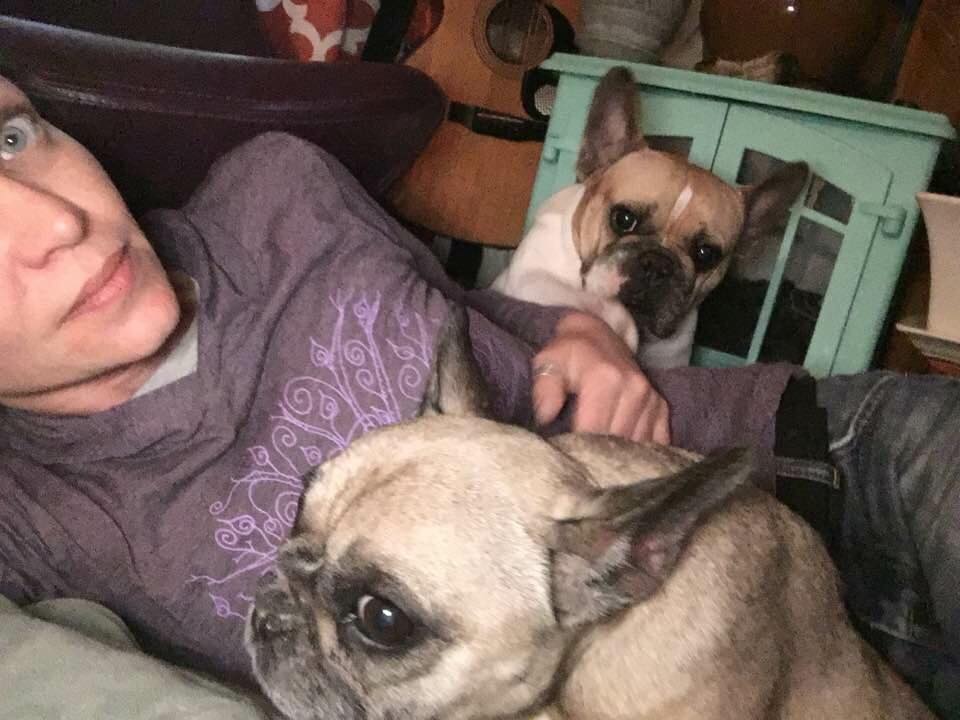 In early May, 2019, he stopped eating. At the cardiologist, we found his right lung was completely filled with fluid. Three days and nights in the oxygen tank with some heavy duty diuretics helped that. His liver had begun to fail. And, worst of all, his blood pressure was incredibly elevated. The cardiologist studied his blood work and his radiographs and his echo. She was 99% positive he had developed an adrenal tumor. Because of his heart failure, there was no way to remove it. His lungs were filling up again and his was put on high dose “last chance” medications. We went home. 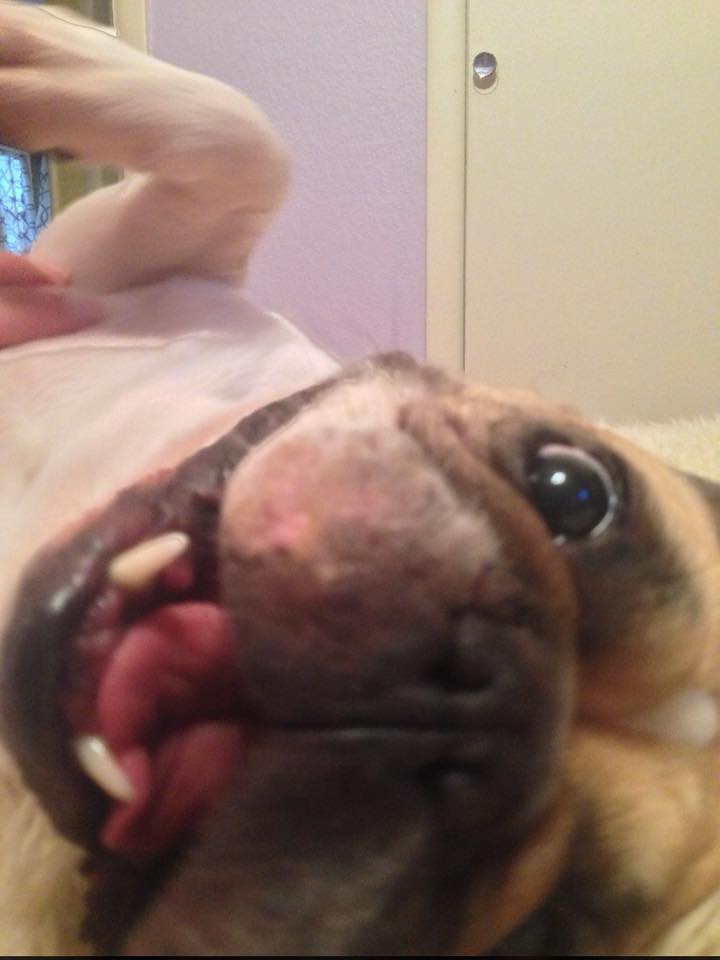 Captain was happy. Captain existed. Captain loved and accepted. On the 19th of May, he was so tired. He stopped eating again and refused to drink. That night, in bed, he leaned into me as I pet him for about two hours. Shortly after midnight, he stood up, half-coughed, and passed out. When he came back around, he looked at me with those eyes I had fallen in love with. It was time. 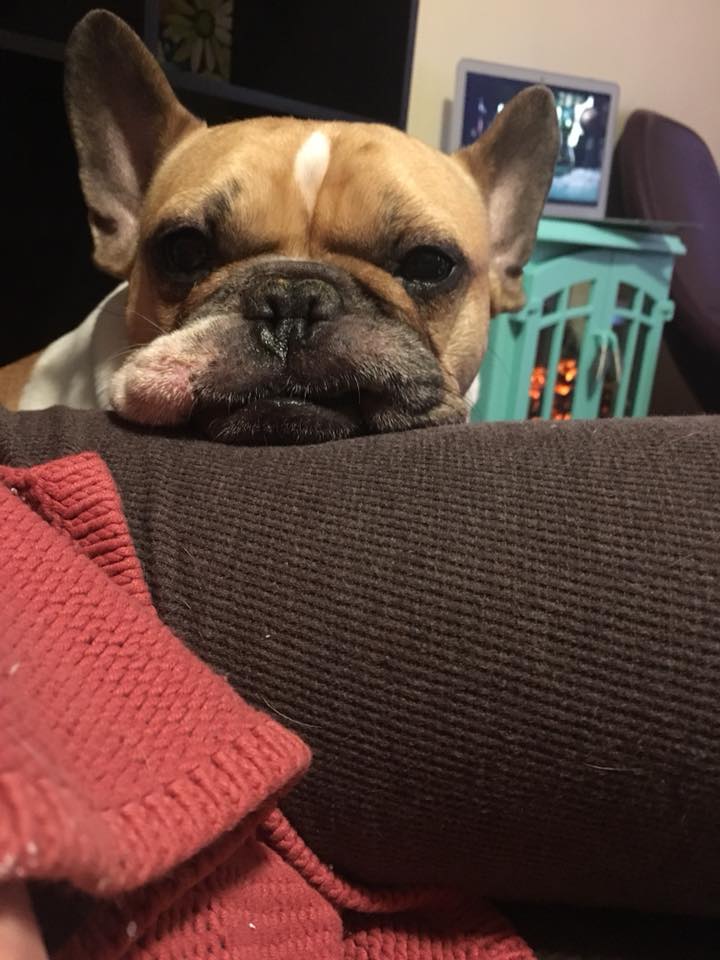 Captain died in my arms at the emergency vet at 1:04am on May 20, 2019. He was my heart. As stated above, his heart is helping advance research for chemodectomas in brach breeds. This was the one that he couldn’t outlive. With his sacrifice, may others live. 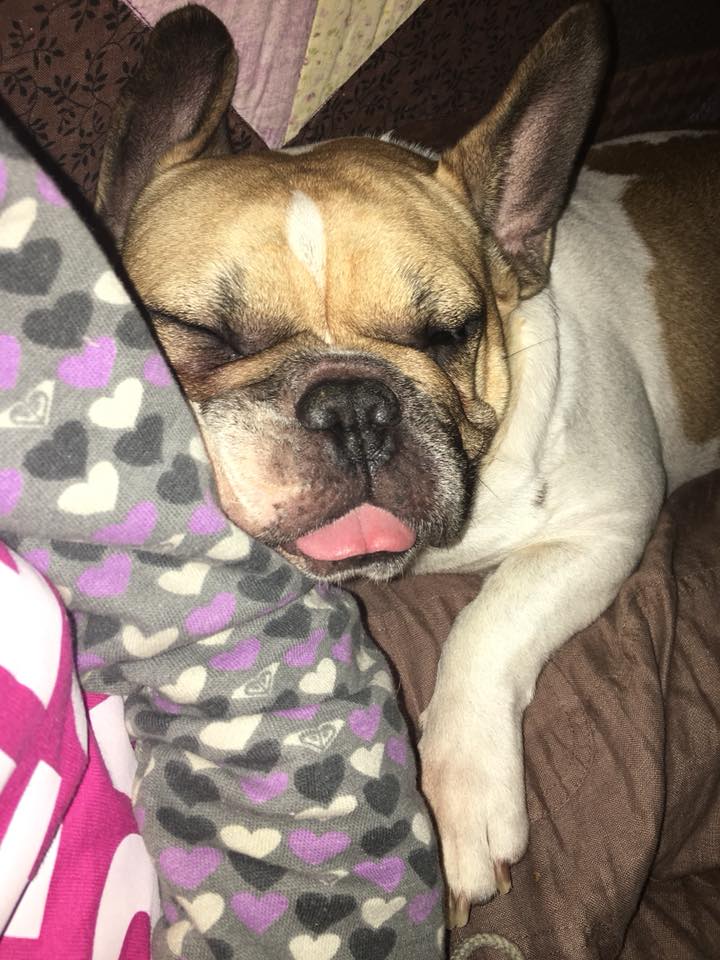 If you would like to donate to the medical needs of French bulldogs, please do so. More importantly, please be aware of the health issues that can affect our smush-faced loves. Pass it on.

And always, make every day The Best Day Ever. 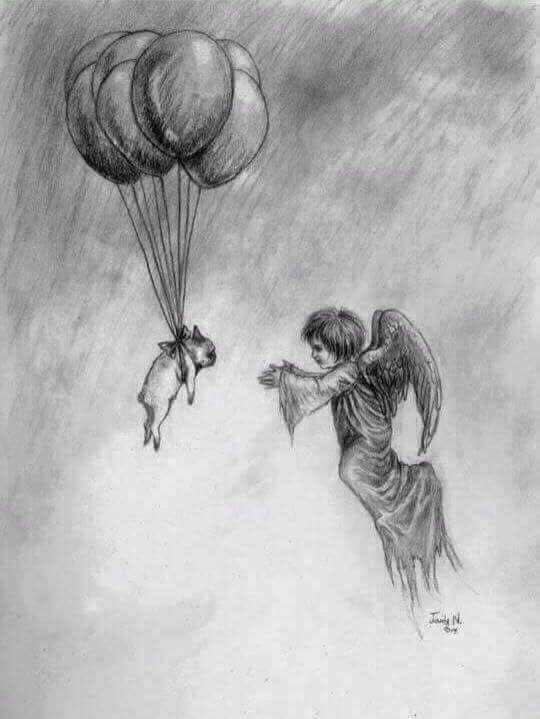